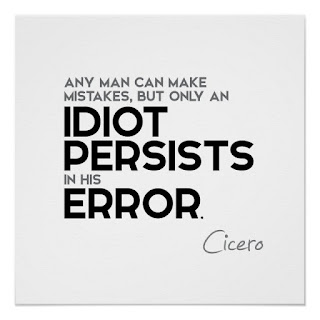 As we oldies know, sometimes we have  trouble with our computers.
Yesterday, I had a problem, so I called Raaju, the 11 year old next door, whose bedroom looks like Mission Control, and asked him to come over.
Raaju clicked a couple of buttons and solved the problem.
As he was walking away, I called after him, 'So, what was wrong?
He replied, 'It was an ID ten T error.'
I didn't want to appear stupid, but nonetheless inquired, 'An, ID ten T error? What's that? In case I need to fix it again.'
Raaju grinned, 'Haven't you ever heard of an ID ten T error before?'
'No,' I replied.
'Write it down,' he said, 'and I think you'll figure it out.'
So I wrote down:
ID10T
I used to like Raaju, but
not anymore.🤔😁
Posted by Shurbhi.in at 26 May